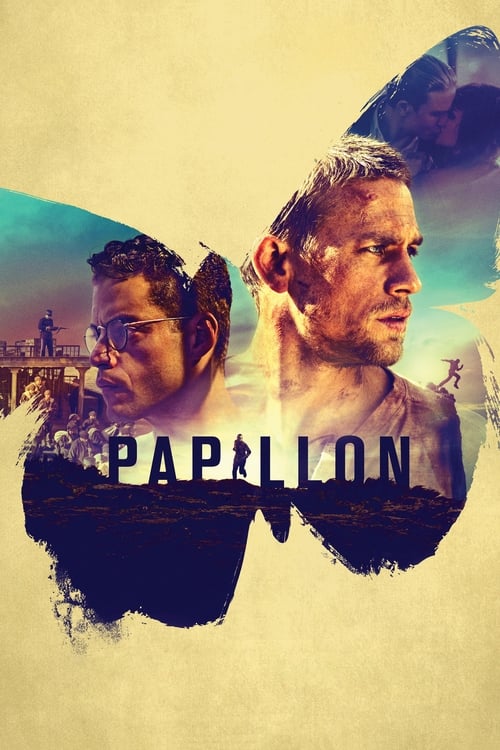 Henri Charriere, called "Papillon" for the butterfly tattoo on his chest, is convicted in Paris for a murder he did not commit. Sentenced to life imprisonment in the penal colony of French Guiana, he becomes obsessed with escaping. After planning and executing a series of treacherous yet failed attempts, he's sent to the notorious prison Devil's Island, a place from which no one has ever escaped.