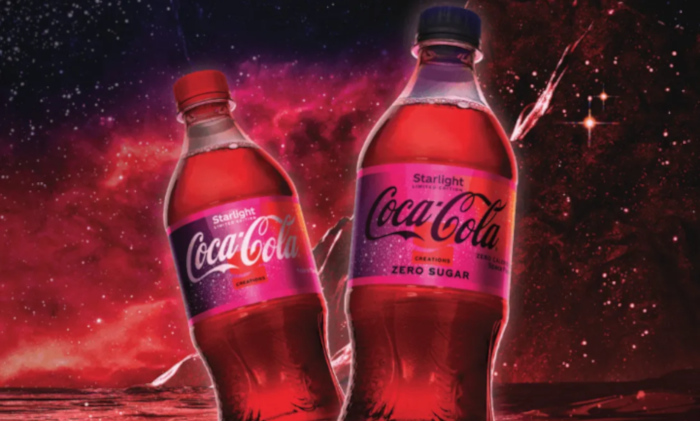 Always on the prowl for new taste concoctions, Coca-Cola reached for the stars... literally. I grabbed a Coke Starlight Zero Sugar 20 ounce bottle to take for a taste drive. Coke describes Starlight as a "Space Flavored cola" whatever that means.

My Best Guess On the Flavor

There's something familiar about Coke Starlight's taste. I'm not really sure what flavor the Caffeine Gods of Atlanta were going for with Starlight but to me it's like someone in a white lab coat threw some cotton candy and Diet Coke together. Then they said, "Hmm... it's sweet and has a bit of an aftertaste but the kids'll love it!"

What's With the Color?

Space is black but for some reason Coke Starlight is some pale brownish/purple color. Not too "spacey" or appealing to me.

Verdict... AKA Blast-Off or Stay on Earth?

I'm not really a fan of Coke Starlight Zero Sugar. It started off alright but by the time I finished the bottle, I was sick of it. It's just too sweet and I don't like the aftertaste. I say skip it.