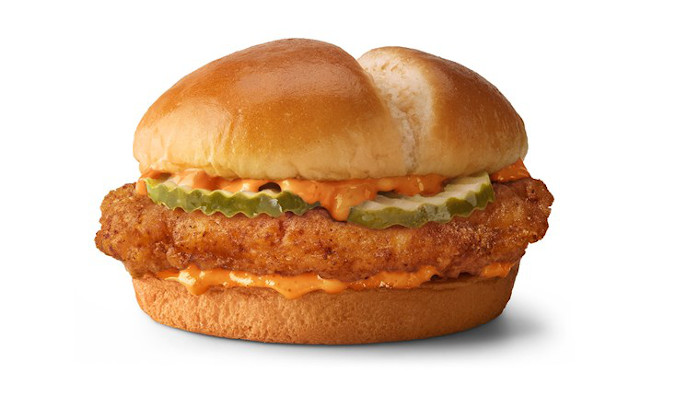 Battle of the Poultry

I love chicken sandwiches. I often choose them over burgers when I grab something from a drive thru. I was curious how the new Spicy Chicken Sandwich from the Golden Arches would stack up to the other ones on the market.

It seems like all of the fast food giants are doubling down on poultry lately: Popeyes, Wendy's, Chick-fil-A and KFC have all had new sandwiches in the last year. Obviously, McDonald's didn't want to be left out.

My favorite chicken sandwich is the Spicy Chicken Sandwich from Chick-fil-A so that's what I'll judge the new McDonald's one against.

I don't feel like the Chick-fil-A Spicy Chicken Sandwich is really that hot so I always add some Sriracha sauce to it. The McDonald's sandwich was spicy enough on it's own that I didn't need any additional hotness.

Chick-fil-A's is very juicy while the McDonald's sandwich felt a bit drier.

I give it an Ice!